The Victoria Palace Hotel forms part of the Pritelli Group, a large company that has been involved in fashion and trends in continual evolution since 1976. Its creative, beating heart is in Cattolica but its boutiques may be found in the largest cities in northern Italy – from fashion to racing, from hospitality to food. Creativity, research and professionalism have always enabled the group to perceive contemporary tastes and divine future trends.

You are not just a guest.
You are a guest of the
Victoria Palace Hotel.

The Rimini Riviera has always been the landmark entertainment and quality events. It is the realm of music and concerts, of international sporting events and excellence in food and wine, and of open-air arenas. And it is the land of engines. Here you will find the most significant events, from Easter to September.

From spring onwards, Victoria Palace will be enhancing its range of what is on offer by providing a stage for the arts, devoting two evenings each week, on Tuesdays and Sundays, to music, readings and photography exhibitions. 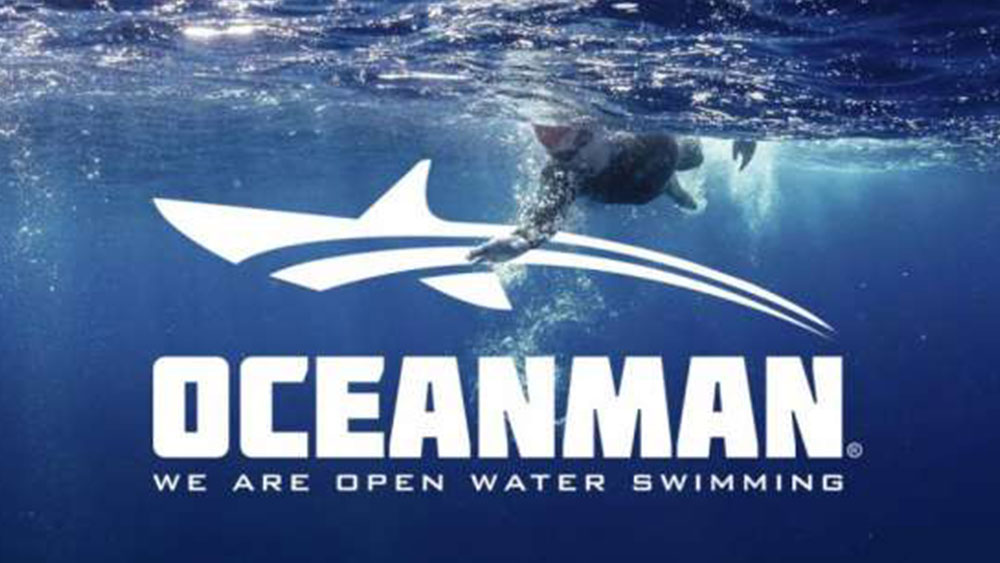 It is a great opensea swimming event, an international competition with athletes arriving from over 20 countries, 1000 the participants expected. The programme consists of four crossings that will take place in the shadow of Monte San Bartolo: the main race, 10 km, the intermediate race of 5 km, the sprint race of 2.5 km and the Oceankids, 500 metres for children and young kids under 14.
find it on map

An historic event for all fans of mystery and noir, but which is also aimed at the general public thanks to guests and protagonists from the world of art, music, theatre and, obviously, cinema and literature. An event whose winners include writers of the calibre of Loriano Macchiavelli, Carlo Lucarelli, Andrea G. Pinketts and Bruno Gambarotta.
find it on map 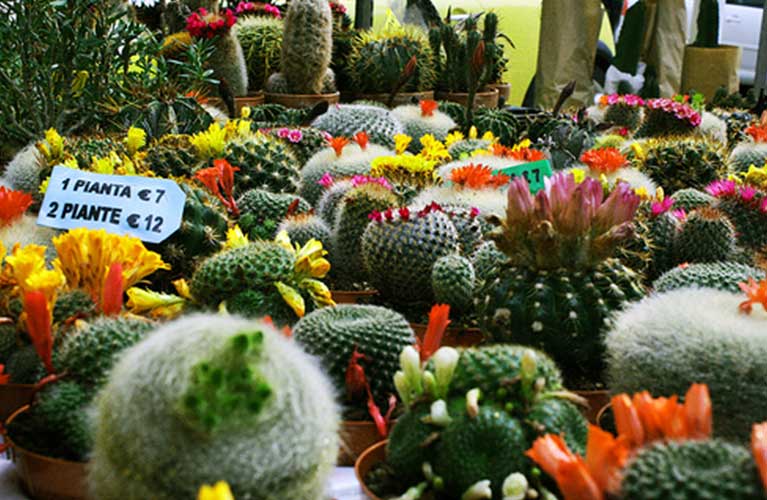 Cattolica in Fiore is the exhibition market of plants and flowers that has been taking place in spring for almost 50 years, attracting many fans at each edition. There are over 100 nurseries that every year color the city center presenting all kinds of varieties and novelties always original.
find it on map 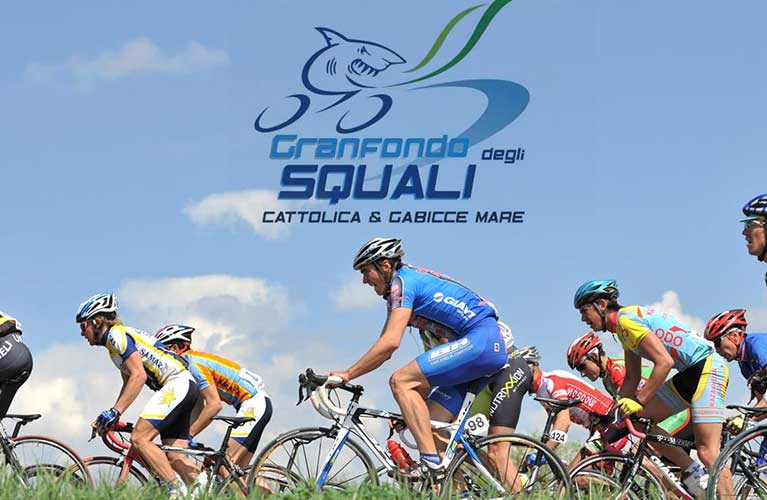 Now in its sixth edition, the young but very gritty Gran Fondo Squali has important numbers that place it among the most appreciated and participated Italian amateur events. Nearly 3000 Italian and foreign participants in the last 2019 edition, a spectacle for all amateurs and curious people. Also confirmed is the Shark Arena at the Cattolica Aquarium, an expo area with exhibitors from the sector and beyond. 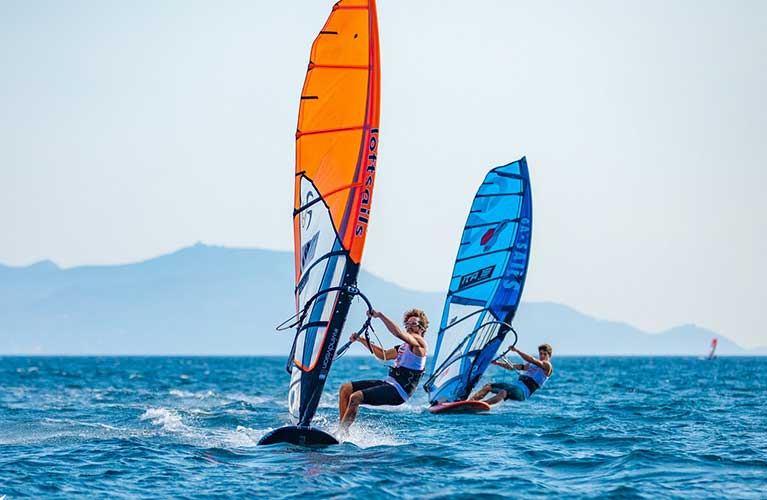 Every year, in the second half of August, an event that has become a cult is staged: the Windsurf Day Cattolica. It is a day dedicated to the love for sea and surfing in which windsurfing professionals from all over Italy take part, each with their own style. 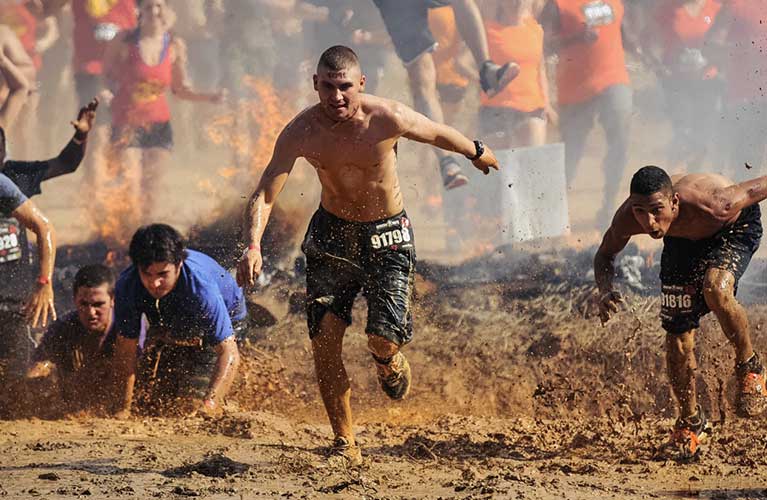 Spartan Sprint is a 5 km, 20 obstacle race over rough terrain that is truly spectacular. It is the best known of the Spartan Race, a fast and exciting adventure over rugged terrain designed for beginners as well as the most hardened Spartans. It is the gateway to the wonderful world of Spartan. 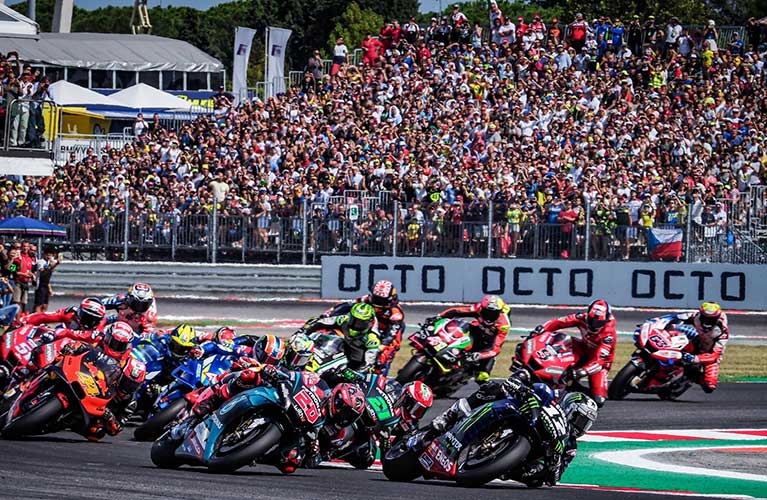 It is the great show of the MotoGP, the top event for two-wheelers. The San Marino and Rimini Riviera Grand Prix has become the unmissable event of the MotoGP season, because it combines several ingredients: the atmosphere that welcomes the show, with the events and enthusiasm of a land with passion for motors, and the spectacle of the races, in which the protagonists are many champions born and raised right here. 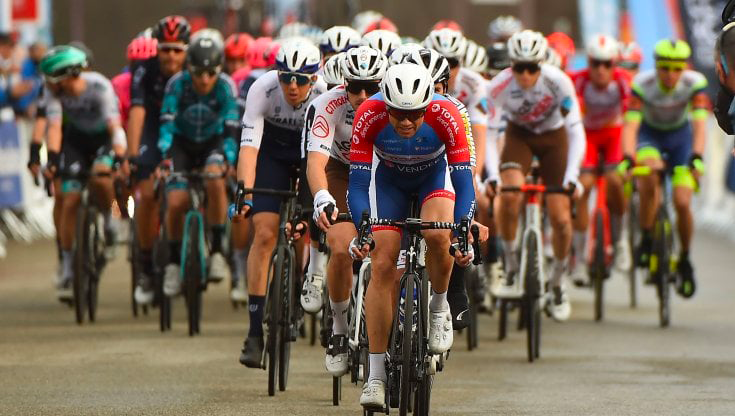 The spectacle of the Giro d'Italia stops in Cattolica in its 104th edition. Our city will be the stage of the fifth stage, a purely flat stage, with the final sprint of the pink caravan that will cross the center and the seafront. The area of Piazza I° Maggio and Viale Bovio will host the Open Village, a real "pink village" open to the public with the stands of the major sponsors of the sporting event. 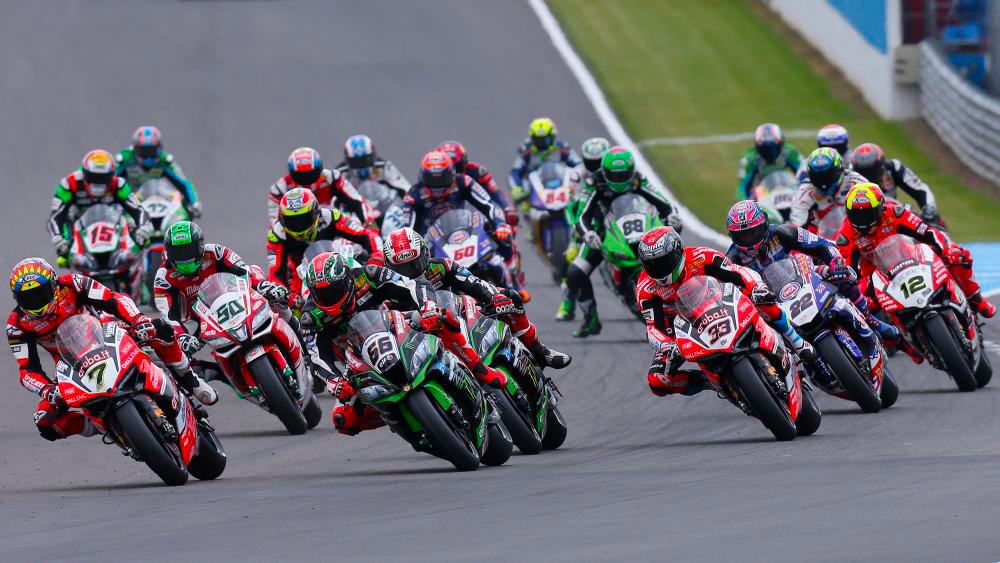 The Superbike World Championship is one of the most eagerly awaited events of the season at the Misano World Circuit Marco Simoncelli because the spectacle of the track and the paddock is combined with an atmosphere of unparalleled passion, in three days of pure adrenaline and emotion. From Friday onwards it's time to get into the swing of things, and with the races on Saturday and Sunday the excitement is guaranteed. 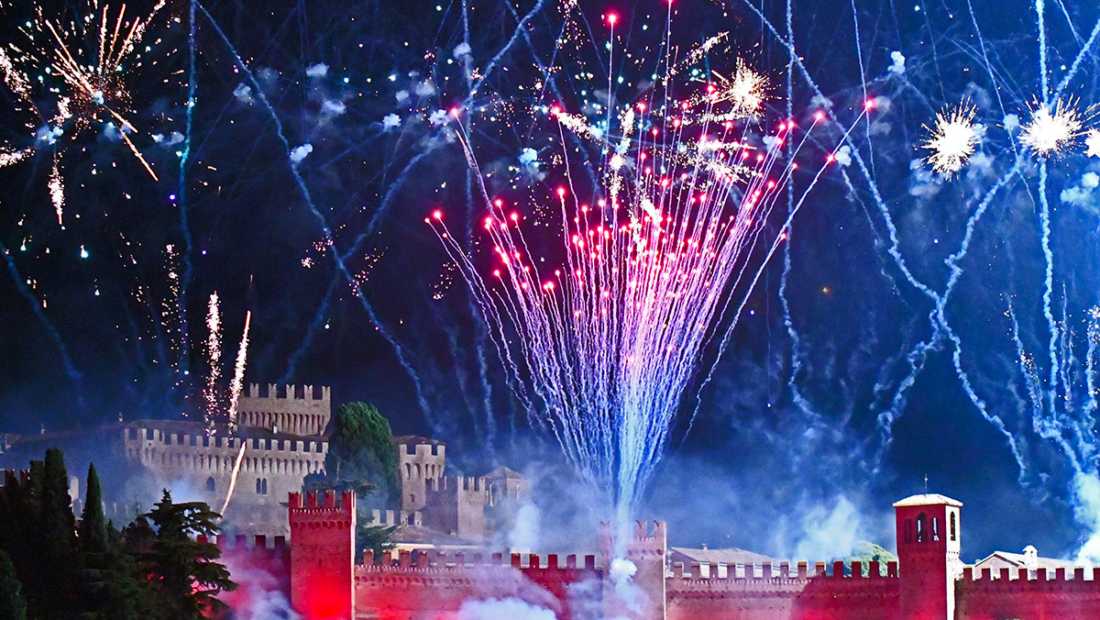 In 1446 the castle of Gradara suffered a terrible assault by the powerful armies of the Sforza and Montefeltro families. After long days of fierce fights beneath the walls, the enemies had to surrender to the courage and obstinacy of the people of Gradara. To celebrate this heroic resistance, every two years at the end of July a historical re-enactment of the siege of the Malatesta stronghold is staged, with battle scenes, clashes, duels and a grandiose firework display.

Do you already know our area? Cattolica is strategically located for a discovery of rich culture, history and glorious landscapes, as well as encompassing two UNESCO World Heritage Sites, Urbino and the Republic of San Marino. But that’s not all. In the hinterland close by, the Castle of Gradara, the Malatesta and Montefeltro fortresses along the Conca and Marecchia valleys, and the extraordinary San Leo, stand out like gems.

A map is available here of the most evocative places. Please contact our reception for any information or questions you may have. If you plan to be out for a whole day, we can pack a Victoria Palace packed lunch for your trip!

The hotel, owned by the Pritelli family for four generations, has a long history. It was founded in the early 20th century under the name of Villa Bruna, an Art Nouveau villa with 12 rooms and, by the early 1930s, as Pensione Vittoria, it had already become a key destination for international tourism. The most recent restyling was undertaken by architect Vincenzo De Cotiis, who transformed the communal areas into an example of minimalist design and refined materials. Today, Victoria Palace is one of the most exclusive 4-star hotels on the Riviera. 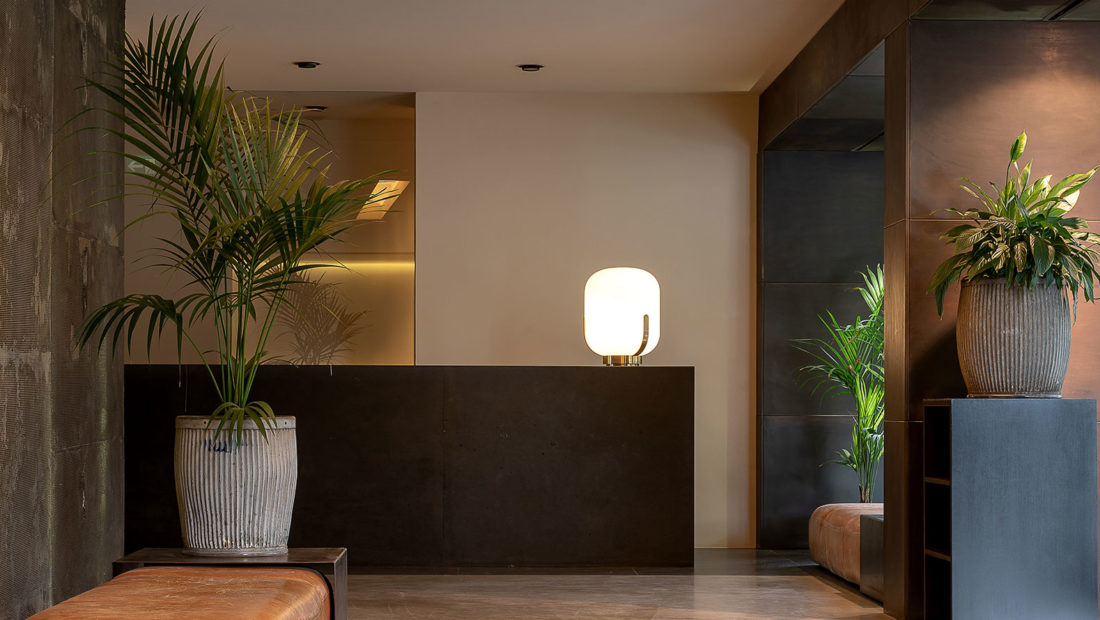 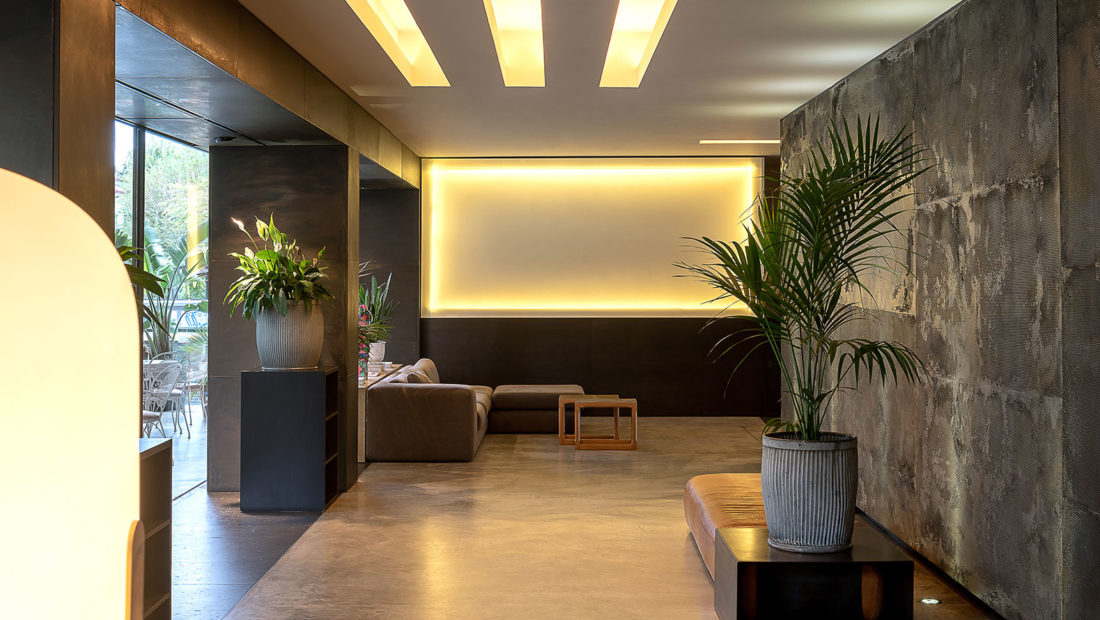 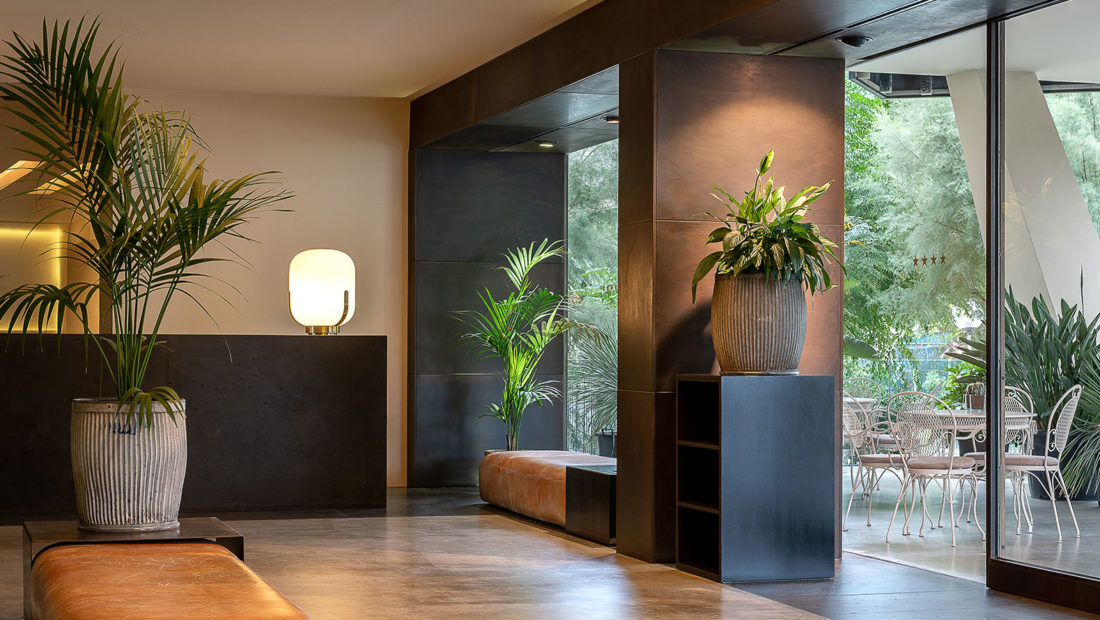 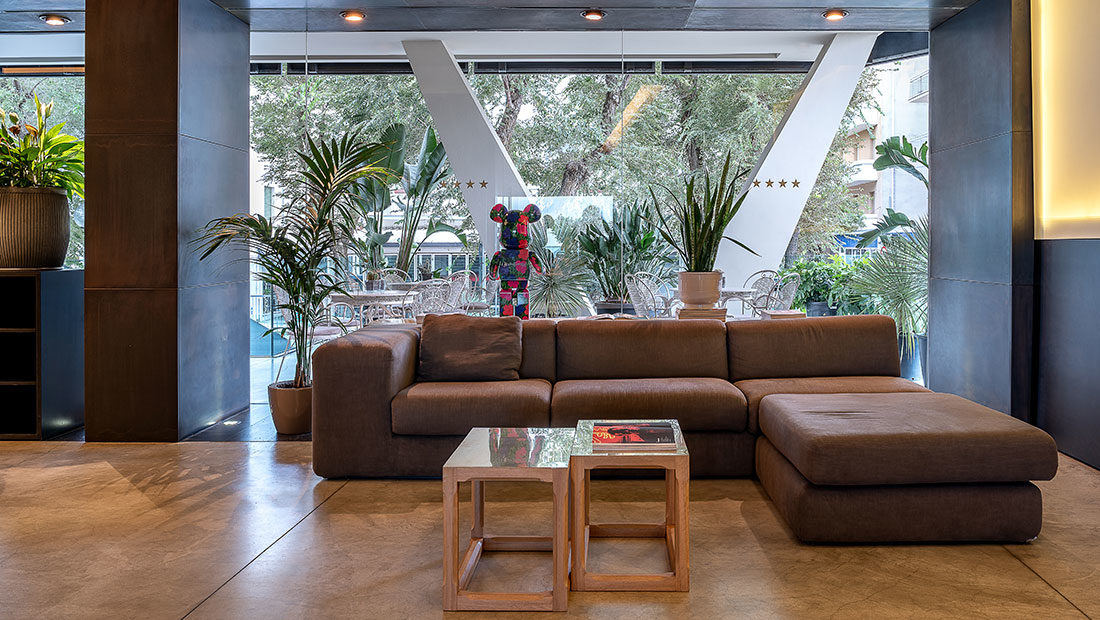